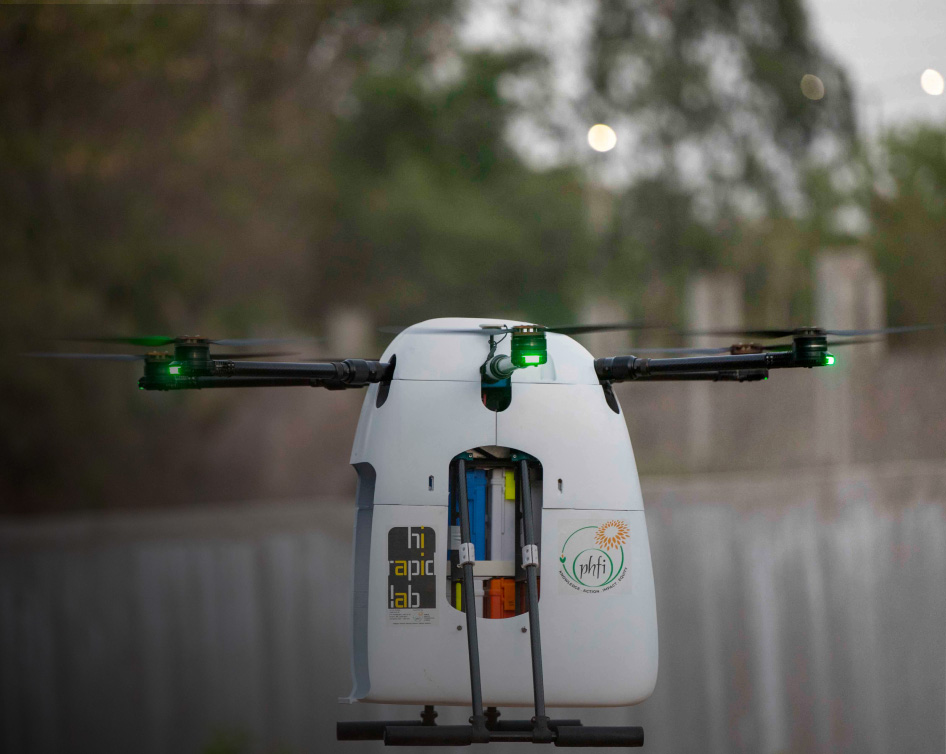 There is an increase in neglecting the need of the hour and realizing its vitality late in the future. Specifically in the field of the medical industry. Did we ignore the exact issue in the deficit of receiving the medicines on time? The bitter truth is that over 24 lakh Indians die of treatable conditions every year. Inadequate transport infrastructure, Low shelf life, and Unreliable ETA (inaccessibility by roads) remain major culprits for causing deaths. Can we just enlarge our ideas about medicine supply and acknowledge what Hepicopter tremendously works for?

Hepicopter is a vital initiative drone by the aspiring technology developers of Marut Drones. It is utilized for medical deliveries even to places beyond manual reach. Some successful medical deliveries in rural areas became possible only via our drone and its scope widened afar limits. In recent times there is much talk about drones and their technological benefits that drones are emerging not only as a key talk about, but also found its place in the GoI's large scheme of Make in India, and as a huge emphasis, it encourages the business development in India. Marut Drones is one such company in our country to attain its successful business on drone deployment by different varieties of verticals.

One of our verticals Hepicopter was officially flagged off as India’s first medical delivery drone platform. The Medicine from the Sky is an important platform providing advice and insight that has translated the extensive academic groundwork into action. Through a highly collaborative effort, the pilot program also demonstrated the importance of localized inputs and micro-planning for healthcare in remote parts of the world.

Our immense work as such commenced in 2015 itself. So far our successful projects created a major impact on society's welfare. One among them is our Medicine from the Sky, launched by the Telangana government to carry medications and vaccines in various payloads. Using drones as a mode of delivery has improved the medical supply chains. Our project intended to assess the robustness and reliability of the same using different payload sizes, and in controlled temperatures, from distribution centers to specific locations and back. The payloads could be medicines, vaccines, units of blood, diagnostic specimens, and other lifesaving equipment. It further intends to assist policymakers and health systems to analyse the opportunities and challenges of drone delivery as well as competing delivery models and technologies.

The evolving technology in drone deliveries has become very crucial during medical emergencies. This pandemic stands as a great reference in dealing with the medical urgency and supply. To elaborate, A Californian company estimated that 2 billion people lack access to basic medicines – partly because they live in remote locations. To help solve this problem, drone company Zipline has pioneered medical deliveries to rural communities in Rwanda and Ghana. Now the company is using its drone deliveries to support the coronavirus fight in Africa and aims to do the same in the US.

What is our Medicine from the Sky for?

We aimed to undertake the longest Beyond Visual Line of Sight (BVLOS) drone flights for the delivery of vaccines using the identified airspace of the Vikarabad district.  The utilization of BVLOS flights was a successful demonstration with the Government Area Hospital as the take-off site and various PHCs and sub-centers as the landing sites.

It is a hard acceptance that the majority of India’s 1.4 billion people are served by roughly 30,000 government-run primary health care centers, but at least 5% to 10% of the centers are inaccessible to medical suppliers and sometimes even patients because of difficult terrain and weather hazards, head of technological innovations at the Public Health Foundation of India.

As a change-maker, the uniqueness of our drone Hepicopter carried multiple temperature-controlled boxes, maintained different temperatures for about 42Km and created history in flying the longest BVLOS. Through our highly collaborative effort, we improved access to vital healthcare supplies for remote and vulnerable communities and enhanced the importance of localized inputs and micro-planning for healthcare in underserved parts of the world. Our mission would progress in protecting countless lives by suppling rapid medical deliveries regardless of time, place, and distance. We would remain the only hope to deliver in all time-sensitive situations within minutes when and where the need arises.

Our drone is autonomous and can fly long distances carrying heavy payloads and we created an app to simplify the operations. Our future goals would create the impossible as possible with the new liberalized drone rules and enhance the utility of drones to its optimum level. 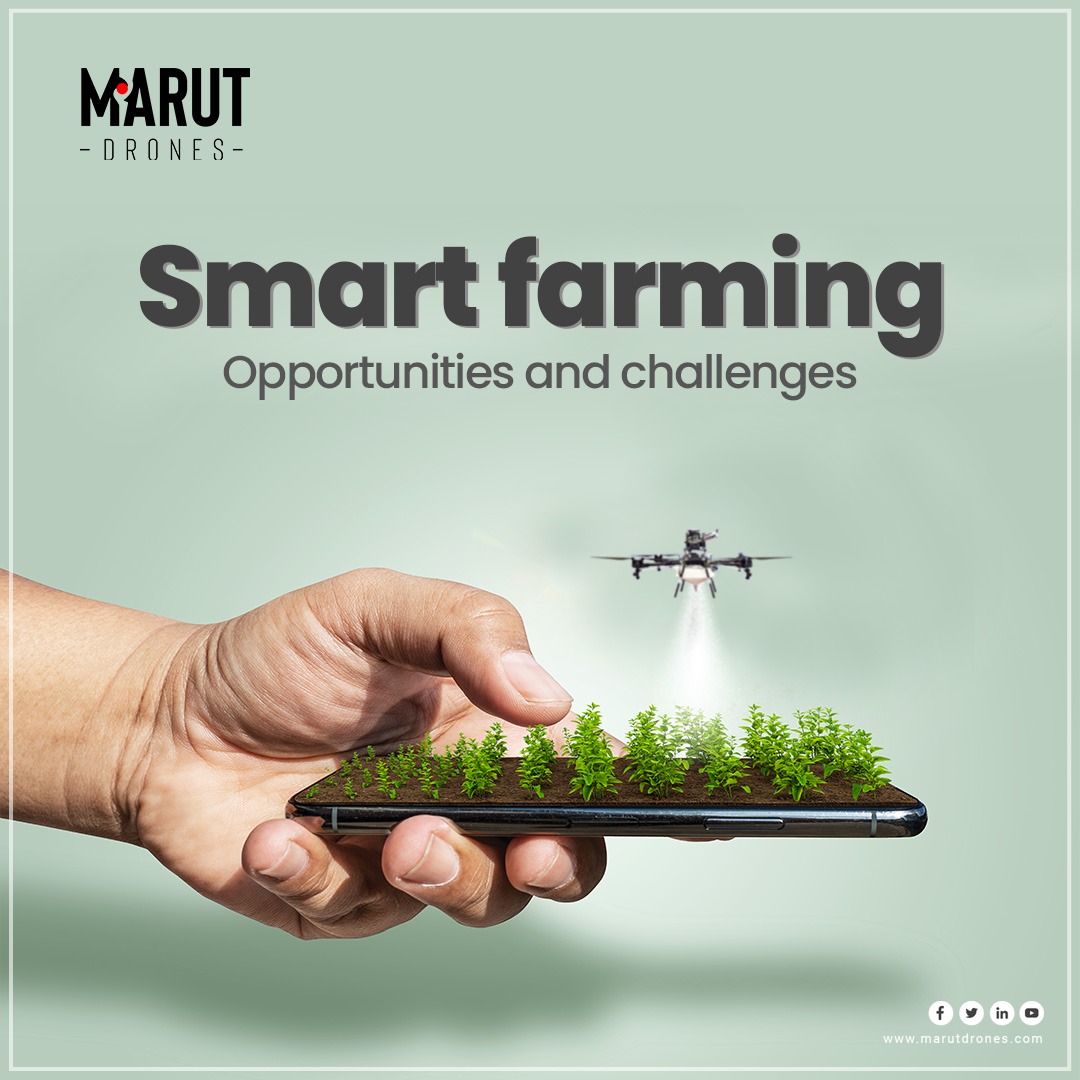 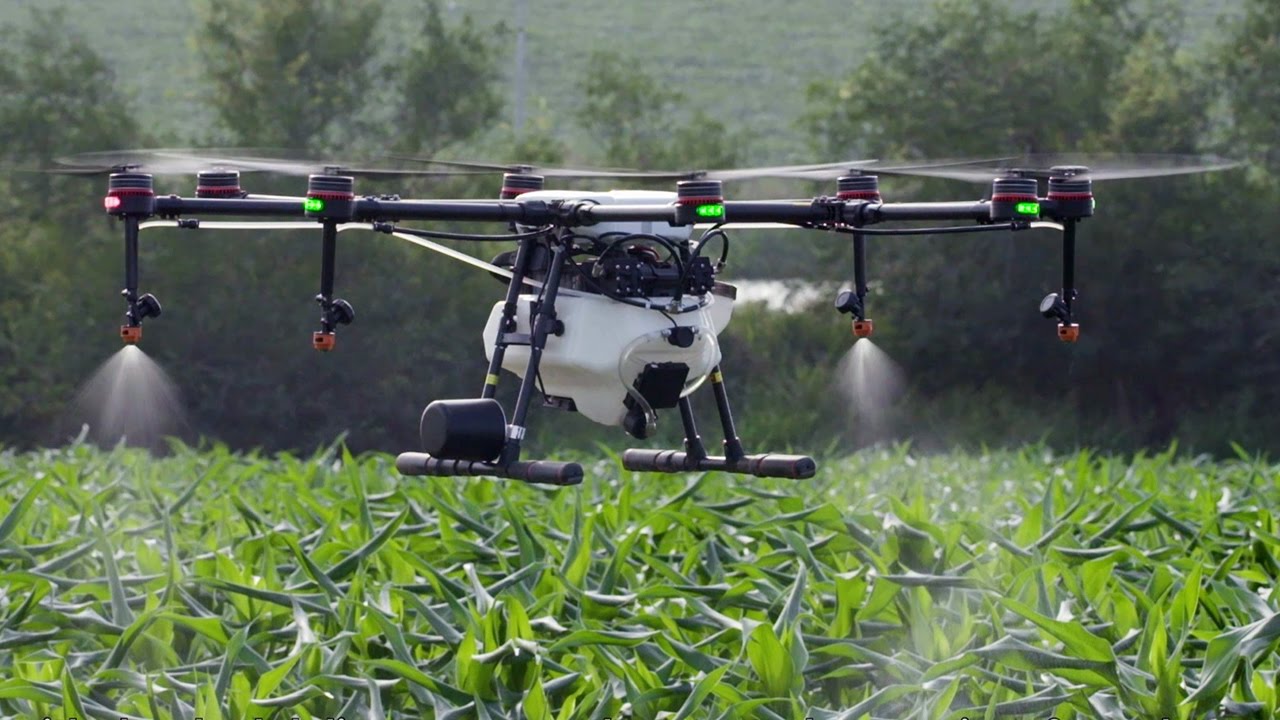